Posted by Rebecca | filed in Uncategorized no comments
Tags:

In tax year 2015/6 a total of 658 families living in Guildford, Surrey were subject to inheritance tax. This is more that anywhere else in the country. The average amount paid per family was £231,000. For a point of comparison, only 31 estates in Wigan (Greater Manchester) valuable enough to attract an inheritance tax (IHT) liability.

The statistics have been revealed following a Freedom of Information (FOI) request made by Direct Line Insurance. From the diagram (pictured), the people of South West London, encompassing Wimbledon and Chelsea, were the next most likely to pay IHT. The highest IHT amounts were paid by families living in West London which includes Kensington and Hammersmith. The average IHT bills for this area were £390,000. 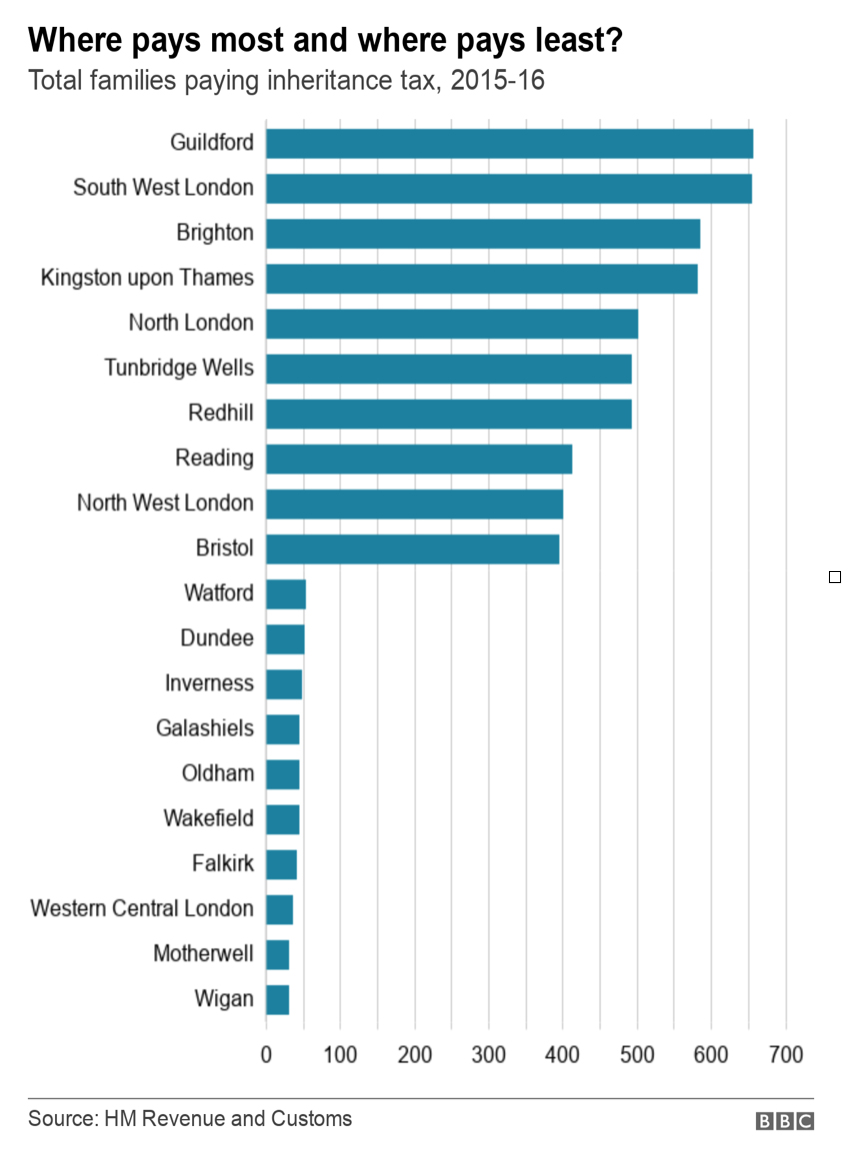 IHT liability arises where the estate being passed on is worth at least £325,000. Married or civil partners are not liable unless their estate exceeds £650,000. Transferable Main Residence Allowance (TMRA) was introduced in 2017 to give extra relief for those passing property onto their descendants. There is considerable controversy over the fact that the £325,000 allowance has remained unchanged since 2009 whereas house prices have increased at pace in London and South East of England. The Office for Tax Simplification is expected to report on this matter soon.

There are methods of reducing this bill by transferring money as a gift to beneficiaries before you die or by placing assets into a trust to reduce your liability. It is always advisable to seek professional financial and legal advice on reducing IHT liability before taking any action.